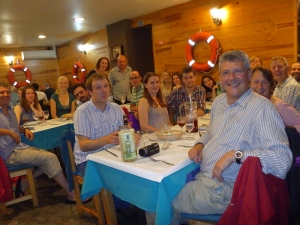 Fourteen fishy friends… who didn’t make it out alive. 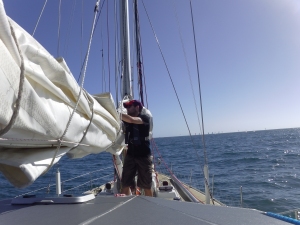 Jim prepares to hoist the mainsail. 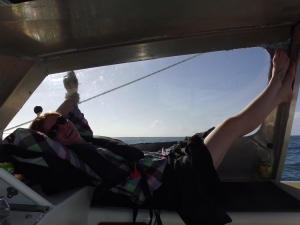 Clare relaxing out of the sun. In the heat gingers have to hide between 10 am and 4 pm.

Jon and James. Jon preparing to dive under Elinca to check out the mysterious clanging noise. 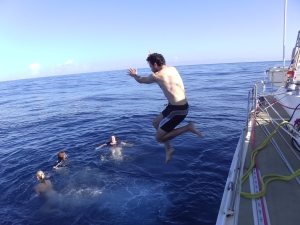 Jonny dives in. Dolphins sighted in the distance. A few people started to get out. Are Dolphins really friendly? They do have sharp teeth?

Most of the crew in the water surrounding one small sunfish.

Clare and James after a morning swim. Jon’s in the water… in-fact not many folk were on the boat. 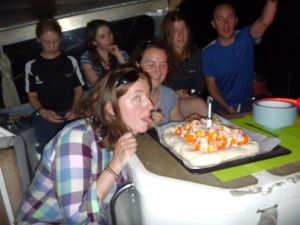 Clare’s birthday. James says it wasn’t a real cake as it had no icing or chocolate in it. Clare loved it: thanks guys! 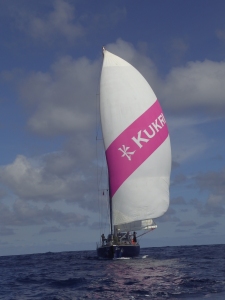 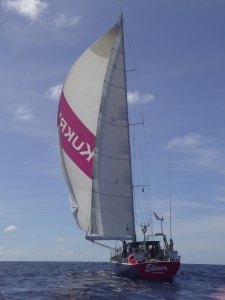 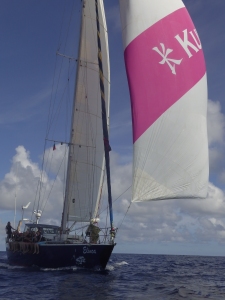 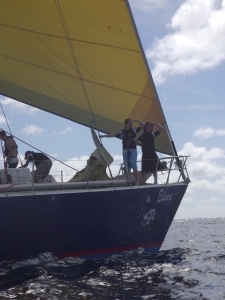 Andrea and Clare on bow lookout… 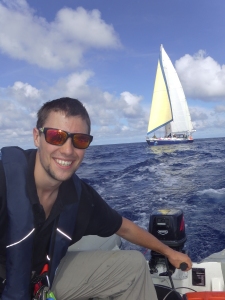 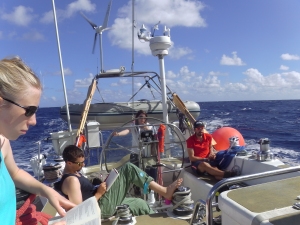 It’s the sunset photography club… every day at 19.30. We won’t show you all their photos we’ve told them to pick their top 10 for you.

A little port sundowner. Just one. (Andrea, Jim and Zoe).

Caption competition: what is Jonny saying to make Andy laugh… and what does hand gesture mean?

This entry was posted in Uncategorized. Bookmark the permalink.